Free Fringe Comedy: 'How to be Rich Without Really Trying'. 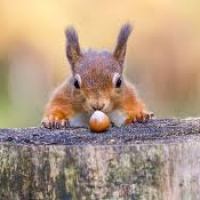 ✭✭✭✭
31 July 2005 at 4:46PM edited 30 November -1 at 1:00AM in Scotland
--
"Visit the Free Edinburgh Fringe: 22 top shows for the price of None
http://www.laughinghorse.co.uk/edinburgh.htm
See top Fringe comedy acts from venues such as the Pleasance, Gilded Balloon, Underbelly and the Assembly rooms perform parts of their shows for Free in daily shows with rotating line-ups, along with an eclectic selection of our own exclusive shows from fantastic Scottish, British and world-wide comedy acts - from midday to midnight every day, right through the Edinburgh Fringe from August 6th to 27th, in three rooms, in two great venues in the heart of town. Always funny. Always different. Always Free."
http://www.laughinghorse.co.uk/edinburgh2.htm
--

Beats paying up to 15 quid (for a 1 hour show) which is what some shows are charging! [Although a lot of shows are reduced to £5 for the first few days - this Friday, Saturday and Sunday]

Of the free ones, this one sounds good :

If most of us are honest, all we really want to do is make vast amounts of money without actually doing anything for it. However, we cannot all be members of the royal family. So, apart from the traditional routes of inheriting it, marrying it or just plain stealing it, most of us have to make do with actually earning money.

It is a nuisance, but it is something we have to live with. The problem is that, for most of us, that is just not good enough.

The history of money is littered with mad and bad schemes for getting rich quick. Feng shui has a lot of ways of creating wealth by re-arranging your furniture (Feng shui being the ancient Chinese art of making money out of stupid people). Books on making big money fast are gaining popularity this side of the Atlantic. I have one on my bookshelf which advocates touching your forehead every morning and saying: 'I have a millionaire mind.' So far I have gained £2.50 and sore patch above my eye.

As with dieting, though, the real answer to becoming rich (or, at least being comfortable enough when you retire to refuse that job collecting shopping trolleys at Asda) is far more straightforward than the alleged magic formulae and complicated packages that businesses would try to sell us.

To lose weight all we really need to do is eat less and exercise more. What we actually do is waste time and money on unnatural practices like the Atkins Diet, the Cabbage Diet and the G-plan diet (where you lose weight by eating 1970s furniture). With financial management the prosaic truth is that if we just spent less, saved more and invested the difference, over time, without too much effort, we would become richer. What we actually do is get into more debt than we can service and waste money on badly performing 'investment' products sold to us by a bunch of bankers (who, by the way, are making billions every year out of our ignorance). Then we wonder why we are poor.

Currently our combined consumer debt (including mortgages) is over £1 trillion, and our non-mortgage debt per household is running at about £7,500. On mortgage interest alone we are handing over at least £3.5 billion to banks and financial companies every month, a total of £42bn every year.

Now I am to maths what Jude Law is to employee relations, but even I can see that this is a lot of money to be losing on an annual basis. No wonder we are failing to put at least £26bn a year into our pensions. That money has already gone into buying third homes in the Bahamas for our financial fat cats.

The answer, I believe, to our current dilemma is education and a big change of attitude towards money in this country. We need to understand how to manage it and how to stop others (businesses, banks, shops, financial institutions) taking it from us.

We also need to think bigger in life generally. Certainly we need to spend less and save more, but that does not mean we have to have a thinner and flatter life in the meantime. We need to say 'yes' to life. In this country we say 'no' far too often - apart from Abi Titmuss, of course.

Personal finance also needs to get simpler and be explained and taught in a way that is interesting and, yes, fun. Why shouldn't money be funny? And why shouldn't comedy be educational? I generally find that people leave my shows saying: 'Good grief, that certainly taught me a lesson!'

Schools are starting to teach the basics of money management, but it will take some years for that knowledge to filter through. In the meantime, adults have to teach themselves from books, websites, money sections in newspapers like this one and, now, comedy shows.

As Woody Allen once said, 'Money is better than poverty, if only for financial reasons.' If you want to make your own poverty history, get wise, get knowledgeable and don't let 'them' pull the wool over your eyes. And don't lose your sense of humour while you are at it.

--
"The happiest of people don't necessarily have the
best of everything; they just make the best
of everything that comes along their way."
-- Author Unknown --
0