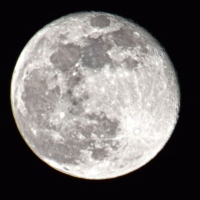 Last year we changed the life of a 23-year-old gas engineer… will our next millionaire be YOU?

Heart’s Make Me A Millionaire, the biggest game on UK radio, is BACK!

What you need to do…

Listen to Heart Breakfast with Jamie Theakston & Amanda Holden, weekday mornings at 6.30am.

They’ll give you the name of an artist…

They’ll tell you how much money that artist is worth. Then whenever that artist plays on Heart between 8am – 4pm, weekdays, you text WIN to 82122 to try to win the money.

(Texts cost £2 plus your standard network rate. Once the song starts, you’ll have 10 minutes to enter, if you text after that – you won't be entered but you may still be charged. You must be 18 or over to play this Heart network game. All the rules are HERE).

We’ll randomly select someone to come on air, and that’s when the choice has to be made.

The choice is yours!

‘Heart’s Make Me A Millionaire’ - play weekdays on Heart Breakfast with Jamie Theakston & Amanda Holden, then 10am – 4pm with Pandora and Matt Wilkinson.


Stay At Home | Protect The NHS | Save Lives
Stay Alert | Control The Virus | Save Lives
Posting is a privilege, not a right. This is a privately-owned site. Posting is a privilege, not a right. Any inappropriate posts or any issues that take up a disproportionate amount of resources or make it a worse place to be will be stopped at our discretion - with or without explanation. No one pays to use this site; when there are issues, we pay to resolve them. Sometimes we need to prioritise spending money on the site, other issues or better resources.
Please be nice to all MoneySavers. That’s the forum motto. Remember, the prime aim is to help provide info and resources. If you don’t like someone, their situation, their question or feel they’re intruding on ‘your board’ then please bite the bullet and think of the bigger issue. A Guardian article once "doffed its cap" to this forum as being the one place where consumers can collect together and fight back. Our job is to help keep it that way.

Free Halfords MOT
With ANY spend

Beauty Pie – can you ditch the high-end products for cut-price alternatives?

Martin Lewis: How much the Govt expects parents to give their children while at university 2021/22