Forumite
29 October 2020 at 5:38PM in Debt-free wannabe
I put up a post a few months back regarding an alleged debt owed to Lowell Originally EE from September 2008.
I recieved a letter today that says Lowell will no longer be chasing the debt but is refusing to move the Default date.
What is my best course of action should I leave this now and wait until January 2022 until this is off my credit file or is there someone else I can complain to.
I have never acknowledged this debt in the letter they sent in May they gave me details of a phone contract that I took out years later. I have asked them to provide any payments or acknowledgements from September 2008 to March 2015 they have ignored this in every letter.
Any help would be fantastic 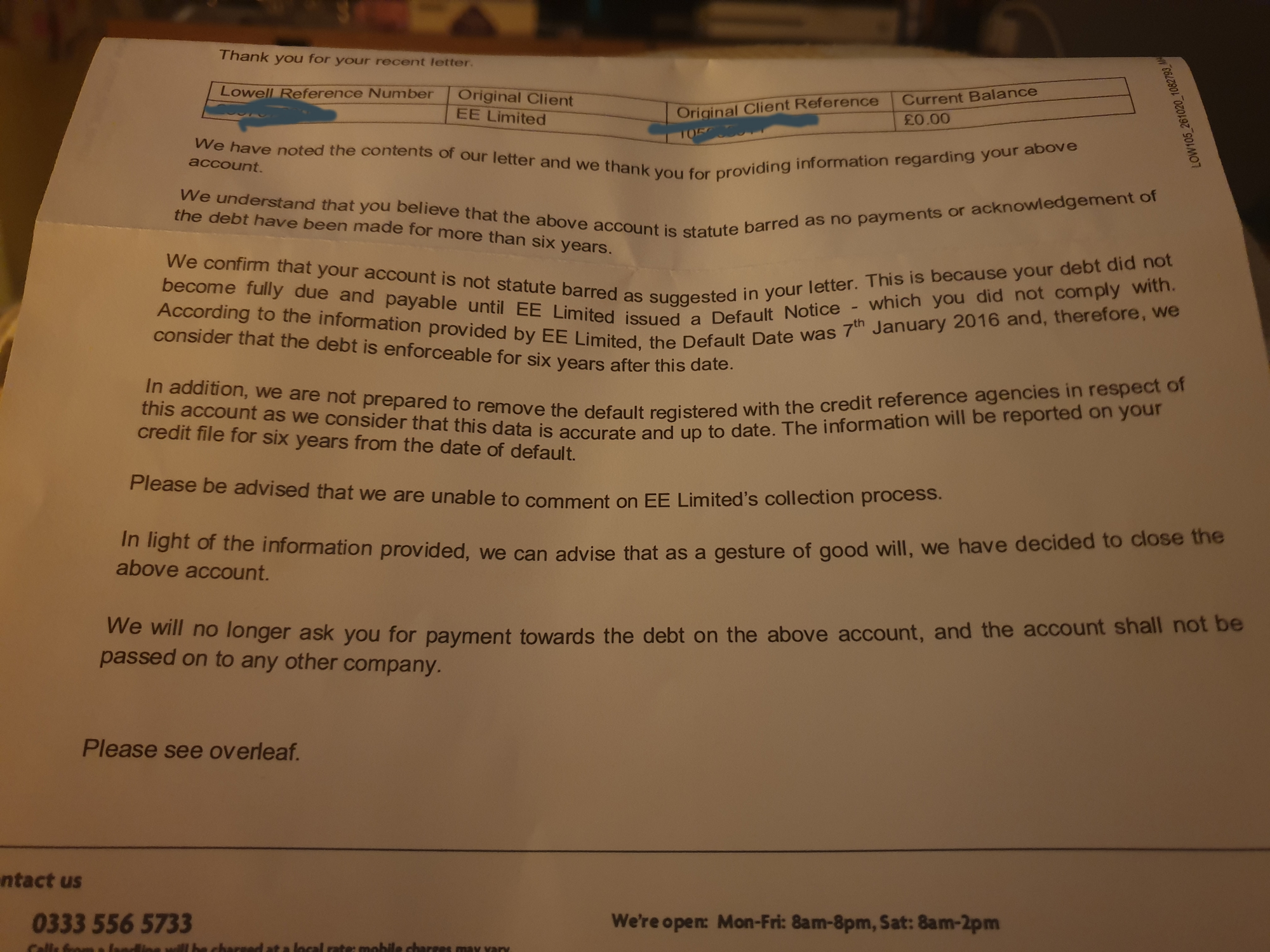 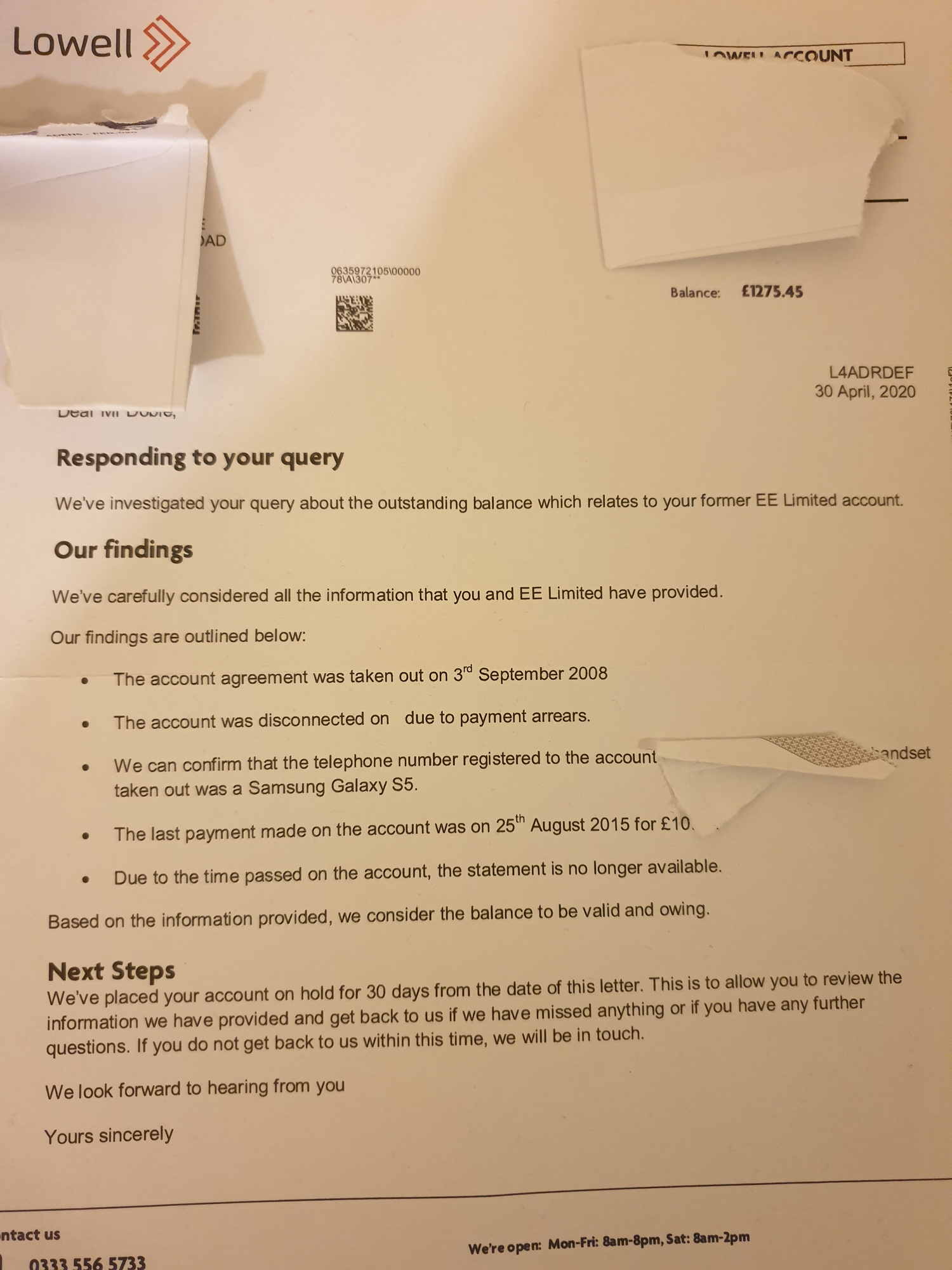