Solar and Powerwall just installed - some issues - anyone had something similar?

✭
25 June 2020 at 2:59PM in Green & Ethical MoneySaving
On Monday my Powerwall 2 (with non backup gateway) and 5.5kWp solar was fitted.
That evening it all worked as expected.
The following morning was also fine, but I encountered issues circa 11am, when the PW was fully charged.
At this time, the solar output (measured by the Tesla App and Gateway) started to read approx 100% higher than it should. ie reading 8kW. The inverter read correctly (4.4-4.8kW). The app also did not detect any house loads under 2kW.
The CT clamps are in the correct place and facing the right way.
I stopped the PW and restarted and all was working fine again.
I also informed the installer of the issue.
Yesterday, the unit worked fine with no problems at all.
This morning, with the PW battery @ 74%, it registered as being on standby (ie not charging). More weirdly, as the Solar output grew, this was being
reflected 100% in the home usage. For example, 1.1kW of generation and 1.1 of home usage!
Increasing load in the house does not alter the home usage at all!!
The PW is not charging, and does not contribute to load in the house (If I increase home load to that greater than solar generations, then the deficit comes from the grid)
I have spoken to the installer and they suspect a faulty gateway and have logged a request with Tesla to investigate.
Attached pic shows PV and home usage overlaying each other exactly, as the solar day progresses. And Tuesday's spikes in PV generation (system is 5.5kwp) 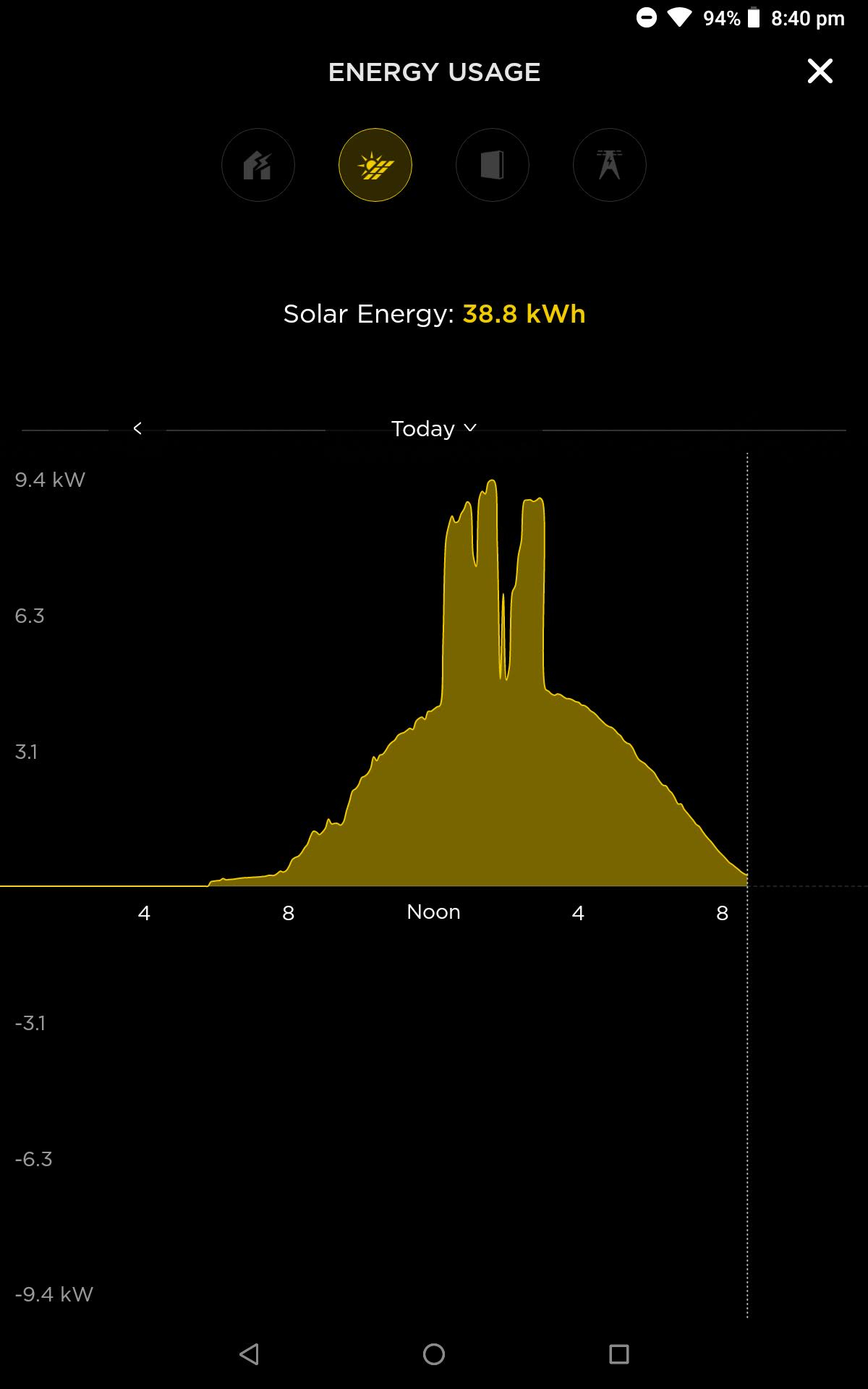 Anyone had a similar issue?
Any idea how long Tesla take to look into this?

Looks like I'll be using my bedroom AC from the grid tonight.