If I want to take the next step in life I need to make some big changes... 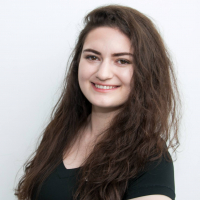 Coming here with my tail between my legs a wee bit, as I'm still here, still in debt, after nearly 6 years (which is as many years as you CAN be in debt at my age). First time in the debt free diaries section however, as I feel it's time.

Ever since I was old enough to have a credit card, I've spent spent spent on it. Paid it down, and spent again. I have rather bad ADHD, and even with medication that doesn't stop me from impulsive spending when I want a shiny new toy.

For Christmas my partner and I bought a gaming PC. With the £600 we each paid, that wasn't bad at all, but I ended up spending about an extra £600 over the month on a new mic, webcam, fancy keyboard, mouse, chair... everything you could ever think of.

We live at home with my family and it's time for us to move into our own place this year, but I'm getting increasingly stressed by it all. We live in an expensive city, we both have fixed term jobs that end in June, I've had a 4 month period of sickness from work so I have no idea what work I will be able to do when I find a new one, and.... as always... the credit cards are STILL THERE.

We spent nearly £2,000 last year on my dearly departed cat due to some unexpected medical issues (I got him when I was a child, and by the time I was old enough to think for myself about insurance, he wouldn't have been covered for his conditions), which I don't begrudge a penny of, but obviously the debt is now higher than it was last year, as it ALWAYS seems to be.

Credit Cards are easily cut up though, but my biggest vice is takeaways. I spent about £1,800 last year on Just Eat alone. Makes me feel sick at the number.

Luckily I got my butt back into my matched betting last summer, and made about a grand, which helped pay some of the vet bills in cash, so I'm gonna try and push forward with that whilst it's still around.

I'm hoping that by keeping this diary that I'll feel some motivation from other members to finally help me out, so we can move out and not have to panic at the rental prices every time I look!
23. Trying to undo my financial mistakes.
£-667 HSBC Credit Card
£-735 M&S Credit Card
£-3,526 Barclaycard Credit Card
0

This discussion has been closed.
Latest News and Guides