PERIOD PRODUCTS TO BE HANDED OUT FOR FREE TO EVERYONE IN SCOTLAND IN 'WORLD FIRST'
TESCO TO AXE NOW TV CLUBCARD BOOST IN JANUARY
SPENDING REVIEW 2020: NATIONAL LIVING WAGE TO INCREASE BY 2.2% THIS APRIL

What advents are you missing this year? 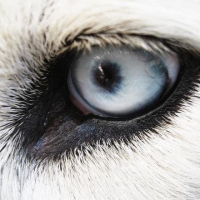 Notable ones for me are

The Debenhams Beauty club always seems to come up too (but I seem to remember that was a late starter last year).
*Good Luck * Be Lucky * Stay Lucky*
0
«1234»

NS&amp;I savings slashed to 0.01%
Move to 0.6% easy access or 1% notice
FAQs Privacy Policy Past Emails Unsubscribe
Ebay shakes up seller fees and switches to direct payments – what you need to know

Inflation shake-up delayed until 2030 - what it means for pensions, student loans and more

Spending Review 2020: National living wage to increase by 2.2% this April