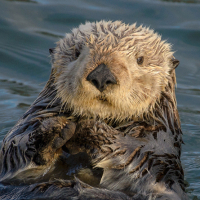 ✭✭
5 August 2017 at 4:01PM edited 30 November -1 at 1:00AM in Debt-Free Wannabe
Hey guys, I think I've hit my breaking point. I've sunk further and further into credit card and overdraft debt and it's gotten out of control. I've made myself a plan (like I have done numerous times before) but I'm hoping by posting on here I have some accountability and actually stick to it.

My total debt is: £7203.13
I'm close to all my credit limits on my cards and almost maxed out the overdrafts

My income is £1100 a month but I've started doing overtime so this should increase by another £85 this month and I recieve a bonus payment which should be just over £500 in September. My wonderful Dad has also been nice enough to agree to give me £100 a month to help with rent etc.
Things were pretty good this time last year but me and my other half foolishly moved into a flat we couldn't really afford. He's a student and used to work part time but he gave up his job in January so the only money coming in is mine. He did get student loan payments but that ended in May so since then it's just been my wages supporting us. Our rent at the moment is £650 a month but that will come to an end this month (one more payment!) then we're going to move in with his parents while I try and bust this debt so wont have the usual utilites as well. We did try and reach an agreement with our landlord to leave early as we couldn't afford the flat and they said if we paid £300 'admin' fee they would find new tennants... obviously we paid that and they didn't find new tennants :T

I'm going to complete a SOA and add it here as well. Any advice anyone has would be absolutely wonderful. I feel like I'm drowning constantly... I'm trying to take steps to sort things out and have started paying more than the minimum on the credit cards but it feels overwhelming.

I've made a spreadsheet with all my incomings/ outgoings and my plan of action is:
Next month reduce the overdrafts both by £50 then pay off Overdraft 2 in September using some of the bonus money (I want to do this one first as I got a letter from the bank telling me to contact them if I'm in financial difficulty, which makes me think they may pull the overdraft soon, if they did I'd be pretty screwed!)

I'd then try and have both Capital One cards paid off in October and the Barclaycard in November. After these smaller cards have been paid I'lll focus everything on Overdaft 1 to have that cleared by February. I should be able to do it, but there's no wiggle room and I'm going to be pretty skint for the forseable future

I was considering asking the Bank for a payment holiday from my loan for a few months, that would free up £102 a month to pay off other debt but I don't know if this is a bad idea or not. Also I'm kind of embarrassed to do this.
I also have another Bank account with an overdraft of £1000 which I've never been in. If I were to use it it would cost £1 a day so I don't think it's worth using it to pay off the credit cards as I feel I'd end up paying more in OD fees than in credit card interest.

Anyway, sorry for the ramble... it does feel good getting it all down. I have no one to talk to about all this as the other half doesn't care about our finances so much.
Again, any advice would be greatly appreciate. If you think I should go about this another way please do say... I tried to do this myself before and its all just gone horrbily wrong so I'm open to anything! :beer: