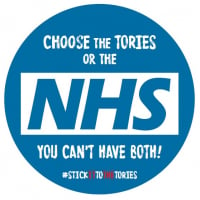 Please post further details of any vouchers, deals etc below.

...after Rage Against The Machine pulls out

Where to get your culture fix across the UK