I agree
Forum Home» Competitions Time» Game Over
New Post Advanced Search
We are currently experiencing a high volume of spam and have increased the sensitivity of our spam filters. This could mean that genuine posts may get caught. If you believe this has happened to one of your posts, please email the Forum team on [email protected] As always, we are really grateful for your patience whilst we get this sorted - which we'll do as soon as possible.
Important update! We have recently reviewed and updated our Forum Rules and FAQs. Please take the time to familiarise yourself with the latest version. 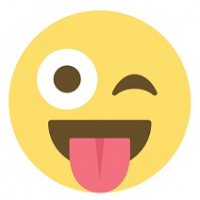 What is the capital city of India?
Answer = New Delhi


Each participant (Household) may enter/play one (1) time per day for each prize. Multiple participants are not permitted to share the same email address. All of our competitions are free to enter, no purchase is necessary and you can be sure that your personal data will not be passed on to anyone else. All that we ask in exchange for allowing you to enter our free prize draws is that you agree to receive occasional promotional emails from us regarding deals and offers that we feel may be of interest to you. If the promotional offers turn out not to be of any interest to you, you can easily unsubscribe form receiving our emails.
Link sent to dailies
0
«12»

Up to 50% off ALL toys at Tesco
Incl Lego, Paw Patrol etc
FAQs Privacy Policy Past Emails Unsubscribe

Monzo launches packaged account with £15/mth fee – but is it worth it?
Government extends energy price cap until end of 2021 – but most can save £100s more by switching