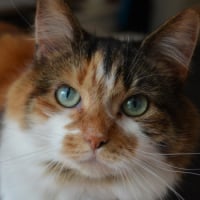 ✭✭✭✭✭
8 April at 1:06PM in I won! I won! I won!
Thanks to @ness13 for posting the Inside Soap comps. I've just had an email to say I won the Crossword prize of £100. Has anybody else had an email asking for your banking details from an Alice Penwill as I'm quite nervous about putting my bank details in an email as my laptop, email & various accounts were hacked last year. It also says I can reply asking for a cheque but they won't be able to send it out until later in the year as they're working from home.
If anybody else has had a win could you let me know if you had the same email & if it's genuine as I tried ringing the number in the email, 020 7339 4588, but it isn't valid, just disconnects.
Positivity is the key to success
12
«12»

State pension to increase by 3.1%

Cut costs & get more from your subscription