✭✭✭✭
29 November 2020 at 6:39PM in In My Home (includes DIY) MoneySaving
One of the holes for a coaxial socket plate has torn (plaster/plasterboard), so it's loose on the right. The left hole is decent enough. There's no scope to shift it a bit to one side, and there's no box at the back to secure the plate to. Google is telling me how to replace the coaxial cable, or how to secure a box and I can't seem to find the right search terms. 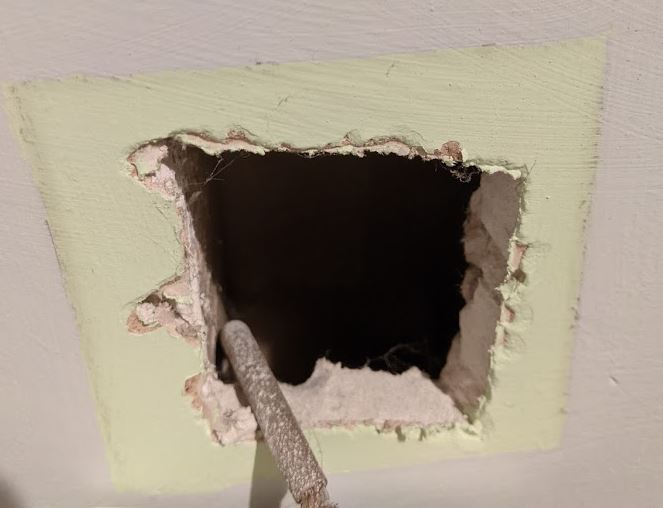 In the other room we got rid of the socket in the same state as there were two on the same wall, so I put a baton in behind it then a piece of wood and then filled it. I could do something similar on a smaller scale here, or just use adhesive and glue it into place on that side?
0