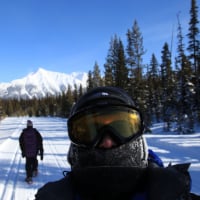 ✭✭✭
5 January 2020 at 9:18PM edited 30 November -1 at 1:00AM in Green & Ethical MoneySaving
I thought I would kick off a thread to see if there is interest in discussing ways to save water. After all, every drop that comes out of the tap has to be collected, cleaned and piped to enable that to happen and that involves chemicals and electricity etc. A significant amount of what comes out of the tap has to be disposed of through a piped network involving the use of resources. So, the less we use the more we help the planet.

We are already very water-efficient, using about 40m3 per year for two people in a household but that is 40,000 Litres, or 110 L per day. Wow, that is a lot of water! Where does it all go?

Recently I popped our numbers into a "can you benefit from a water meter" calculator and it suggested that based on my honest input we could reduce our use with a water meter to 102m3 per year - I was so tempted:rotfl::rotfl::rotfl:

I think our latest bill suggests we use only about 40% of the average for a 2 person household, so maybe the above was just based on expectations.

We have been metered since 1999 and peaked, with 2 children added into the mix at 152m3 per year. We were then on a generally downward trend but when we finally disposed of the last child (to uni I hasten to add) we had reached about 80m3 per year. Since then, as with other utilities, we have been actively trying to reduce waste - 650m3 water butt, full loads for washing/dishwashing, even more careful about running taps, fixing drips/leaks, new water-saving toilets and so on. 2019 was our best year at 39m3.