Long story short, I have a south facing lawn approx 8 x 13 metres which is is full sun in the afternoon. I employed a recommended guy to take it up and replace, which he did last Thurs 9th May. Well, his two subbies did the work, he kept disappearing all day. They had to use a mini digger and they laid 4 tonnes of top soil first, then laid the grass down. It was raining at the time.

Head Honcho came back and told me not to walk on it and water it twice a day if it did not rain. When he asked me what I thought of it, I queried some dips in it and some bits where it did not seem to be meeting together. He got annoyed with me and started to tell me how much he was out of pocket on the job, and that it would all knit together over time .

I have done that, but it is very brown in a lot of patchy areas. I called him and he came round yesterday and told me that sometimes when they put top soil down, pockets form in the soil because it settles, and the turft roots cant access the soil. He said he might have to redo it if it doesn't settle down.

Later in the evening, I received a call from him, telling me that on reflection he feels it is my fault as I havent watered it enough.

It cost a lot of money. I'm gutted. I cant see how I might have any redress here with him, as I cant prove what I have or havent done. Is there anything I can do at this stage to retrieve it, or any other advise anyone might have.

Pic Added
Thank you in advance 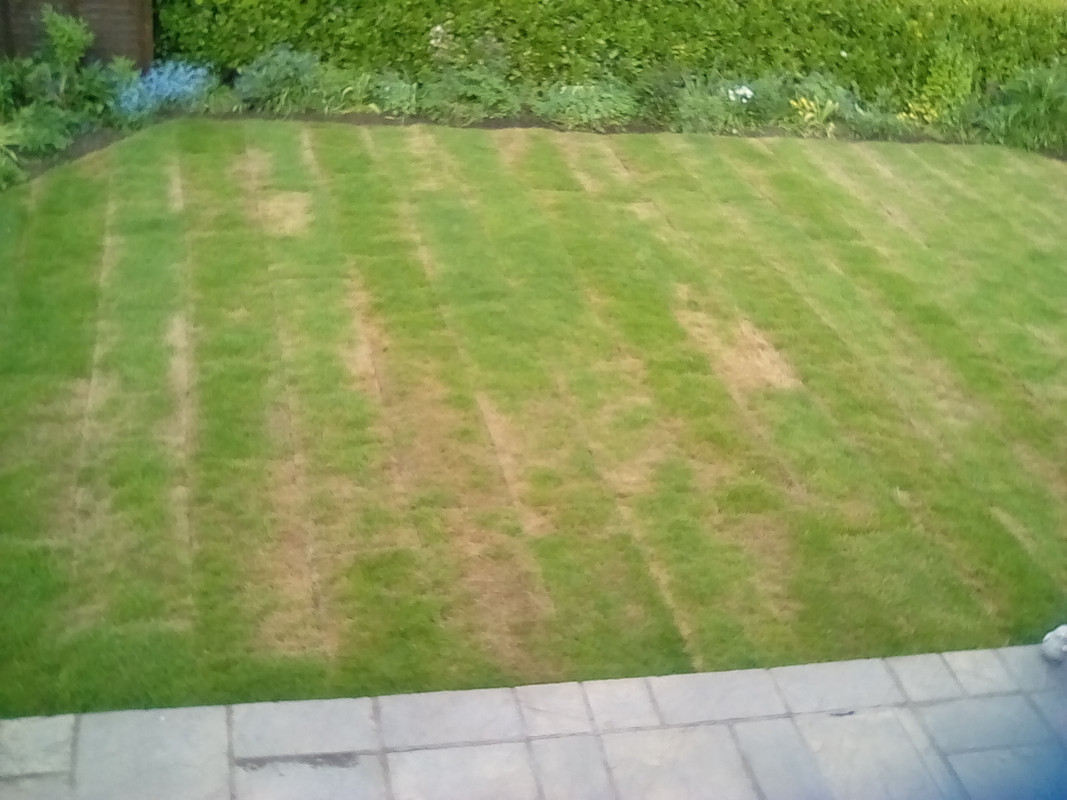 M&S to revamp Sparks loyalty scheme – but how good are the new perks?

Further help on overdrafts, loans and credit cards confirmed for those hit by coronavirus
Can I get a refund on static caravan fees if I can't use it due to coronavirus?