FREE £130 from First Direct
As it regains No1 service crown

Energy prices set to rise 50%
If you&#39;ll struggle to pay, what help is there? 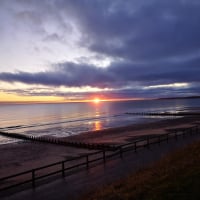 ✭✭✭✭✭
10 May 2019 at 3:49PM in Debt Free Diaries
I have finally decided to self manage my DMP as I'm hacked off with the DMC; they are the reason I have a CCJ.

My debts are from around 2013/4, smost of the defaults were prior to this, when life completely spiralled and my marriage went belly up. I have several defaults and the CCJ. My history is starting to clean up as the historical defaults, late payments and payday loans are dropping off each month. I'm also showing I'm responsible with credit by having a sub-prime credit card and paying it off in full.

I'm going to submit a PPI letter to my old bank as my old credit card and an old loan both had PPI added; I have no other companies with PPI. I'm aware the deadline is August 2019.

I'm planning on snowballing my debts to get rid of them, whilst also saving a little bit each month to build my savings up as they will take a bit of a knock back this month.

I've opened up a basic account so I can have standing orders set up for the debts out of that account. I can then build up a bit of money to pay off the debts/make offers as the only one on my history that needs to show as full settlement is the CCJ.

I have no interest in a DRO etc due to having savings, worked so hard to get this far and so desperate to get out of renting this year!

When I manage to secure a full-time permanent role, I'm PT temping at the moment, I will then be throwing even more money at my debts to get them cleared this year so I can start afresh again.

Lastly, i'm in Scotland so thankfully prescriptions and eye tests are free and saves me a fortune each month!

So, I know they are nowhere near the extent of others keeping a diary and have also come down over several years as I've been picking them off.

As soon as I get my new account number I will be transferring part of my savings over to give me an initial cushion / buffer and knocking the first debt out the game on a f&f, subject to their response to the CCA.

Carrying forward what is left of my savings towards debt two and adding some money each week, hopefully in a few months that will be gone.

Debt three and four will need a bit of work but hopefully I will be in a full-time role by then!

There won't be huge comments and updates from me on this, it will just be once a month so I can see the balances go down; I already have a spreadsheet and paper diary to keep track.
0
«1234567…17»

This Forumite needs your suggestions

He got his money back after MSE intervened