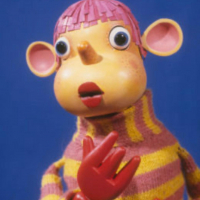 ✭✭✭
13 May 2019 at 9:48AM edited 30 November -1 at 1:00AM in Phones & TV
Last year we cancelled BT as they increased prices, and took it out again in my partners name. Service transition was seamless at midnight, no problems at all.

The first payment was £10 extra for installation and was taken by direct debit. The following month was the standard package price at £45.99 (our area was non-virgin, and we got about £300 cashback so it brought the monthly down massively) and again that was taken by direct debit, and we didnt look for a few months in detail as we saw the payments were going out.

2 months later we were on holiday in Germany and my girlfriend got an email to say her account was behind - we checked and payments were being made but for some reason at £38.99 so below package price. We did a debit card payment for the outstanding and increased payment to £55 a month so it was over the amount needed to avoid any future issues.

She got an email this week saying she is using more than expected and DD is now set to £67 a month, I found this bizarre as we dont use the telephone line they installed, dont have TV services with them and its just unlimited broadband at a fixed fee, which is still £45.99 a month and we are paying over and above that amount.

Looking into it further, it seems they are billing us 3 months in advance at a time. The first 2 payments described above came out as Direct Debit in billing history, after which it changes to "Monthly Payment Plan" which is where it drops to £38 - theres no way we would have made that change, so I dont understand why it would have changed from DD to this monthly payment plan, and set it at a figure below our monthly fee. I went on live chat and the guy didnt seem to understand my query as he kept saying we pay monthly and are billed for 3 months so we are currently in debit, and I said yes but its because you've billed us for 3 months usage but you've told us payments going up because we are using more than expected, but we are already paying over the package price, and now its gone up to over £20/month above the package price.

The current 3 month bill goes up to July and come that billing period our monthly payments will have cleared that bill and they will issue another one for the next 3 months. I've totalled up the amounts we have been paying since rejoining, and the amount we would have had due should we have just paid monthly one at a time and they are equal, so I am at a loss as to whats going on.

They said someone would have changed it but I am the only one that administers the account and there's no way we would have done that. They raised a complaint and said we'd be called within 2 hours, which we weren't and then they've emailed today to say we've closed the complaint and to contact them if we have any queries, so obviously I'm going to do that, but wondered if anyone had any similar experiences and what the root cause was?
0