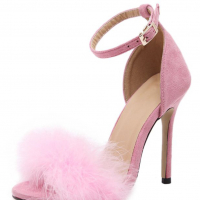 A couple of people bid 20 second before the end, one with a sensible amount and the other with a ridiculously high amount.

15 seconds later and just before the auction ended, the user (no feedback!) retracted the ridiculous bid so the other sensible bid won.

10 minutes later the winner emails to say that they got a message to say they had been outbid, so could they cancel as they had bought another one.

This zero feedback bidder that put the ridiculous amount on has retracted 18 bids in the last 30 days.

Is it best for DH just to send a cancellation? (He is not happy about this)

No, I am not perfect, but yes I do judge people on their use of basic English language. If you didn't know the above, then learn it! (If English is your second language, then you are forgiven!)
0

This discussion has been closed.
LATEST MSE NEWS AND GUIDES

Hidden fares, split tickets and how to beat booking fees

Self-employed but confused about claiming the fifth grant?

What you need to know

Walkers £5 off £20 spend at local restaurants