Drawing a line under the debt. Take two. 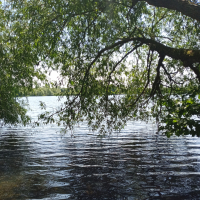 ✭✭✭
4 December 2017 at 9:37AM edited 30 November -1 at 12:00AM in Debt Free Diaries
So, I can't believe that I haven't updated my diary since the end of march. So much has happened in that time I feel a fresh new one is better. Here is the link to my previous one.

So what has happened. Well my husband FINALLY got a job! He was made redundant in April 2016 and started a new role in June 2017. In that time I was holding down two part time jobs so that we could pay the mortgage and bills and in that time I also made a bit of a dent in the debt we owed. The role he got was originally a six month contract through an agency so we were obviously concerned for the future, but within a month he was invited to apply for a full time position and got it. So since the end of September he has been back in a permanent role, and we have no concern that he won't pass his probationary period which is up just after Xmas. The job is also with a very good company, and he gets a discount card for two shops so that is great too. The only downside is that he has to take two trains to get there which is about £300 a month and he is only on what he was on in his previous job, but due to our finances being in much better shape now it is doable.

I started YNAB in Oct 16 and have used it very carefully for the past year. I adore it and plan to keep it forever:)

So what has been happening to the debt. Last time I was here I had cleared our big loan due to wanting to avoid having too much in savings because of a massive mistake by the job centre with my husband's JSA claim. He signed off the week after the interview we had with them and I was planning to xfer the child benefit to his name for his NI to be paid but then he landed the job. We have heard nothing from them at all. I still think they may try to claw back the money that we received that we shouldn't have and of course if that happens we will dispute it as we didn't lie or omit anything, it was a massive error in their part, but we will pay money back if we have to. But nothing, not a word at all :rotfl:

I had managed to get the debt down from 22k to 17k with aggressive debt payments but in may I received a decent sized inheritance from a family member. Enough to buy a new (to us) car (mine finally died in early September at 17yrs old) clear 10k of debt and do some of the much needed home improvements. The reason I didn't clear all the debts was that we would have been left with nothing at all for the home improvements (and I was bored of having half a kitchen and no bath) and our back fence fell down in July :eek: so we have had a lovely new back fence out up, and am getting the back garden landscaped, had a new bathroom put in, finished the kitchen (apart from tiling, need to save for this) plastered the rest of the house, and had some new carpets out in. The relative that left the money was huge on owning your own property and I felt I needed to use some of the money to add value to the house. There is still stuff to do and I am saving for that now.

So our debt stands at about 8k total. One loan and one interest free credit card. My go going forward is to not add to that and clear the credit card within the time limit.

This coming year we are planning two big holidays so everything spare is going towards that, I need £3500 by the end of march, I have £1000 towards that already

but debt busting will be taking a bit of a backseat while I get all this money together.

Personally, I have quit one of my jobs. Once we knew my husband was employed full time by the company we looked at the finances and due to some quite serious issues our smallest child is having ongoing at school, we decided it was important that I was home more in the evening. Also the company that took us over a year ago are a shocking company to work for so the decision was an easy one to make and I quit my evening job. I miss it so much, it was a job I adored and I loved most of the people I worked with. But it was right for us as a family. So now I am self employed school hours, mon-fri, which is hard work. I get no time to myself and feel I am constantly playing catch up at home, but it needed to be done. The smallest boy did improve quite a bit after I finished work, but this past week has had a huge backslide again

Anyway enough about me now, I am off to catch up on the diaries I used to follow to see what everyone has been up to. So pleased to be back :j
Dad 6k
Offer on house and chain complete 21st July 2020
Solicitors instructed 23rd July 2020
Mortgage application 28th July 2020
Mortgage valuation booked 12th August
Mortgage offer 7th September! 😁
All enquiries answered and ready to exchange 6 Nov 2020
Buyer pulled out 7 Nov 2020
New offer accepted 10 Nov 2020
Back on the rollercoaster, hope to exchange and complete Jan 2021!
1
«1234567…78»

Cold weather payments triggered - can you get £25 towards your energy bills?

'I'm self-employed but confused about whether I can claim the third grant' – Unsure? Here's what you need to know