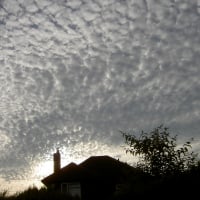 ✭✭✭✭
5 December 2015 at 9:19PM edited 30 November -1 at 1:00AM in In my home (includes DIY) MoneySaving
A friend had a new boiler installed by warm front about 5 years ago but apparently although the boiler works fine and they have hot water, they have never had heating.
They have twice called someone in and both times the system was flushed but with no good outcome.
They have been told the most likely problem is there is a blockage somewhere!!!! :eek:
I am really concerned to help them get this sorted urgently as one of the homeowners is in very poor health with breathing difficulties.

Does anyone have personal knowledge of a good, QUALIFIED heating engineer who won't rip them off but is likely to be able to sort it?

They are on an incredibly low income so need to be sure they won't get overcharged.