Aged 66+ with low income?
You may be due £3,300/year
FAQs Privacy Past Emails Unsubscribe
IMPORTANT REMINDER: Please make sure your posts do not contain any personally identifiable information. If you are uploading images, please take extra care that you have redacted all personal information.
Advent-ures in the MSE Forum... Our Advent calendar is live, helping you discover a new corner of the community each day. Visit the homepage and scroll down 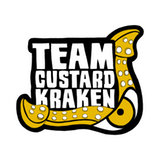