Since the Forum relaunch, in order to help keep the Forum a useful, safe and friendly place for our users, discussions around non MoneySaving matters are no longer permitted. This includes wider debates about general house prices, the economy and politics. As a result, we have taken the decision to keep this board permanently closed, but it remains viewable for users who may find some useful information in it. Thank you for your understanding. 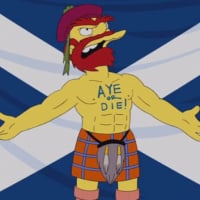 5 May 2010 at 9:35PM in Debate House Prices & the Economy
Despite the lunatic ramblings of the gold bugs on here, there were many commodities that outperformed Gold's 24% rise in 2009.

Yes, you would not have done as well in gold last year as in garlic, which outperformed gold by a factor of 12.

Silver, Copper and Tin have all had similar returns to Gold so far this year, in the high single digit range.

But the real stars have been far more mundane commodities.

A store of wealth?

Just another commodity, outperformed by many, and more useless and risky than most.;)
“The great enemy of the truth is very often not the lie – deliberate, contrived, and dishonest – but the myth, persistent, persuasive, and unrealistic.

Belief in myths allows the comfort of opinion without the discomfort of thought.”
-- President John F. Kennedy”
0
«1234»

«1234»
This discussion has been closed.
Latest MSE News and Guides

...after Rage Against The Machine pulls out

Where to get your culture fix across the UK