Drydens, capquest and 4 months for a CCA… 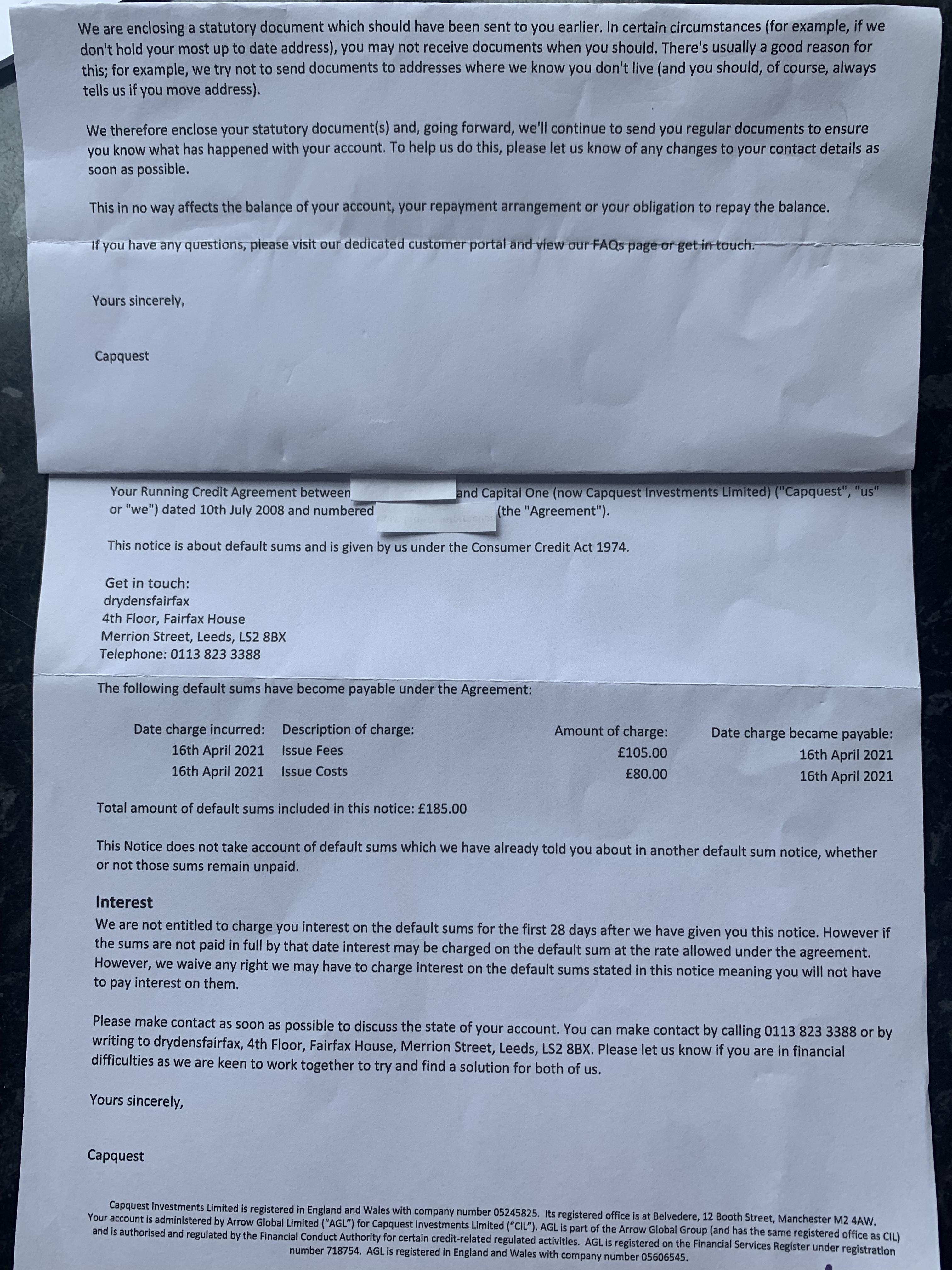 In April 2021 I received correspondence from Drydens re taking me to county court for an old capital one debt from 2008. I responded using the templates on here and requested CCA from capquest. I’ve not heard from Drydens since 6th May 2021 when they acknowledged receipt of my defence and capquest went silent until they sent me the attached on 26 September 2021 which I duly filed and forgot about. Going through paperwork now, that’s not what I expected a CCA to look like given it’s just a letter on their headed paper- is that right or are they trying it? Up to this point I’ve been paying the same monthly amount by SO to capquest and all I have received is 2 bi annual account statements.
0
«12»