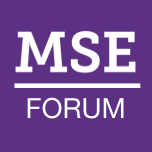 Forumite
26 May at 4:29PM edited 27 May at 9:51AM in Energy
Following the Government's recent announcement of a cost of living support package to help with energy bills, Martin was joined by Chancellor Rishi Sunak for a video Q&A. Watch it below: