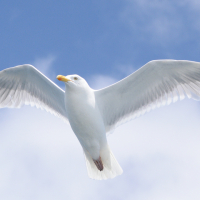 Just heard from lamilad, who went to Skipton today where six Defendants' cases had been grouped together to hear an application by Excel Parking Services to set aside DJ Fay Wright's continuing summary strike outs (i.e. without hearings).  A copy of one of her strike outs is uploaded so newbies can see what this is about.

I am sure he will add more detail but he tells us this and many congrats to him on this brilliant achievement!

''The set aside was heard today by Judge Wright at Skipton. 6 identical strike out cases consolidated into 1 hearing. I was Lay Rep for Ms C. Excel represented by Mr Dunn, a barrister who said he was at chambers in Leeds

The request to set aside was dismissed and the Claimant was found to have behaved unreasonably . Costs of £331.10 awarded to Ms C. Application to appeal was refused.

Are you one of thousands of married women missing out on £1,000s of extra state pension a year?

Ban on rental evictions in England and Wales extended till August