Regular payments and the law 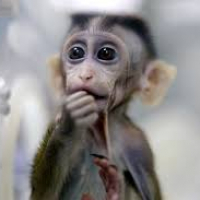 ✭
25 February at 12:13PM in Employment, Jobseeking & Training
I know there is law around "regular payments" like bonuses and so on which are so regular, they become protected as part of your salary, but I'm not sure where this sits?
For a number of years, I've been paid for standby in my job in case anything goes wrong outside of business hours. Just over 2 years ago, I was moved into a completely different role which demanded much greater responsibility. I was initially told after doing the job, my salary would be reviewed. As it turned out, my new Manager simply told me I would continue to be paid standby, even though there is absolutely no requirement, in lieue of a pay rise.
2 years later, I have a new Manager who has said I have to stop claiming for this.
I have little in writing, although clearly, I have proof in that I'm being paid it. And I have plenty of evidence that I would never be called outside of business hours.
I can also prove that the company has made changes to their financial structure for me to claim this allowance in my new department.
Any idea where I stand?
0